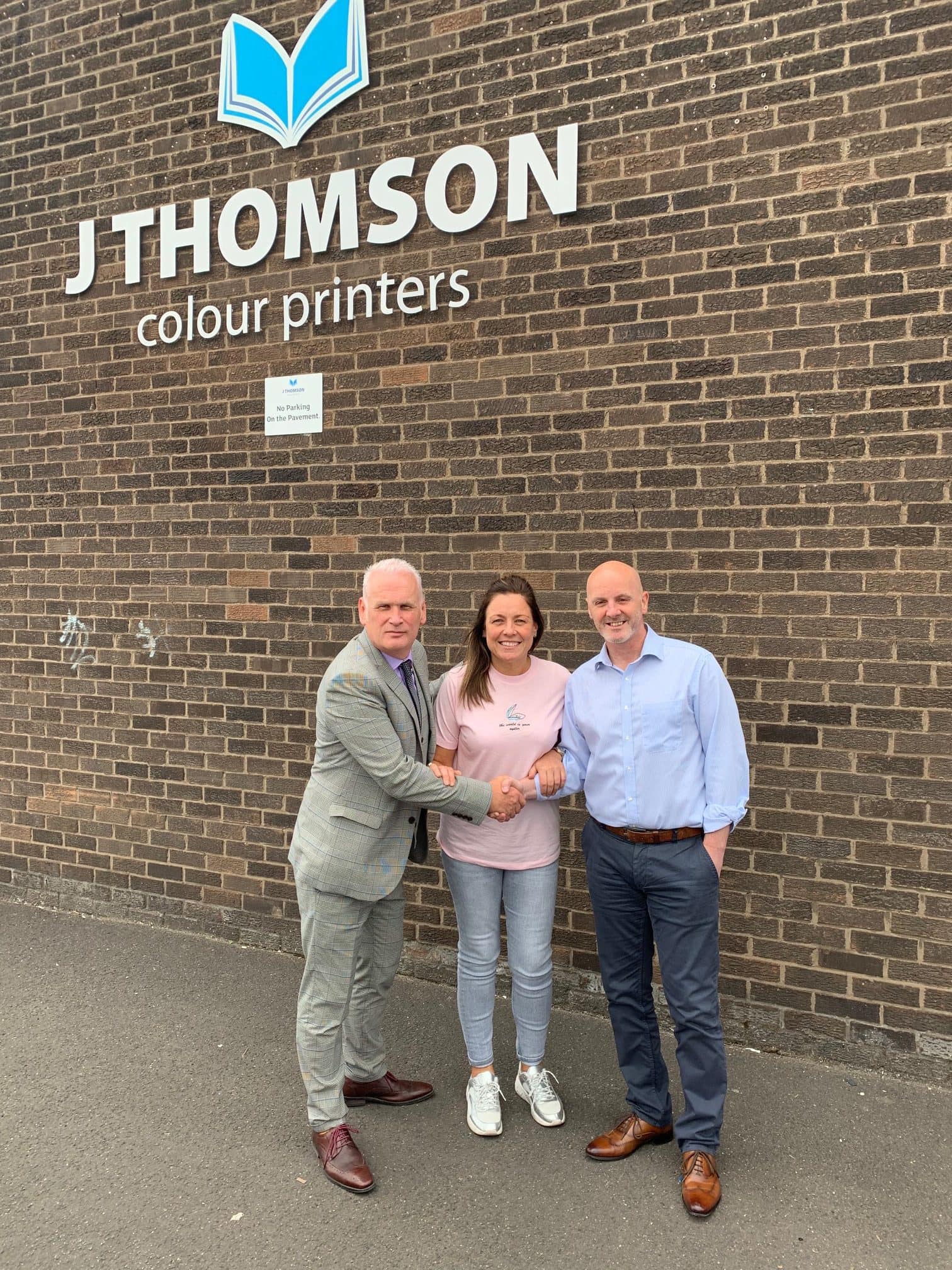 A heavyweight printing business has been created in Glasgow following the merger of Bell & Bain www.bell-bain.co.uk with J Thomson Colour Printers www.jtcp.co.uk. The headlines focused, rightly, on the statement that all 300 jobs were secure, as well as confirming that the combined annual turnover of the merged group will be £30m.

A tribute to Blueprint Media’s rapid turnaround time, we got the brief for the story at 17.00, just 19 hours before the team at both companies were told of the merger, then drafted, obtained approval and distributed the news release embargoed for noon the next day, just as the teams received their briefings. See list of coverage at foot of page.

A merger which creates a significant new £30m annual turnover business within Scotland’s print industry has been agreed between Glasgow-based printers, Bell & Bain and J Thomson Colour Printers. All jobs at the 300 strong merged group will be protected.

The two merged businesses, which will continue to operate in their respective markets under the guidance of managing directors, Kevin Creechan at J Thomson Colour Printers and Karen Baillie at Bell & Bain, has been created as a result of the sale by Nick Thomson, chairman of J Thomson Colour Printers, of his 100 per cent equity holding in the business to Bell & Bain for an undisclosed sum.

Stephen Docherty, a distinguished print industry executive who took full control of Bell & Bain in 2019, and who will be chairman of the merged business, said: “This exciting transaction offers us the ability to capitalise on our respective strengths to create a major force within the Scottish and UK print industry.

“With our combined resources we will be in a position both to expand our current operations and to invest substantially to create new efficiencies and opportunities for future growth.

“By investing consistently in new technology, as well as in the skills of our merged team, we are very confident about the future for our industry and believe we can make a major impact in the UK print market.”

Nick Thomson, who will continue until the end of the year as a consultant to the merged business, said: “I am delighted that this coming together of two first-class Glasgow-based print companies will create an enhanced business with tremendous potential for growth. It is a meeting of two outstanding businesses which will provide a major boost for our industry in Scotland.”

Founded in 1831 by James Bell and Andrew Bain and based in Thornliebank, Glasgow, Bell & Bain is one of the UK’s premier independent book printers and works with most of the country’s major publishing houses and institutions, including both Oxford and Cambridge universities as well as the Open University.

J Thomson Colour Printers, Scotland’s market leading print provider, is based in the city’s Tradeston district and was established in 1952. It provides a full printing service to a range of large and small business across Scotland and throughout the rest of the UK.

A version of this story appeared: